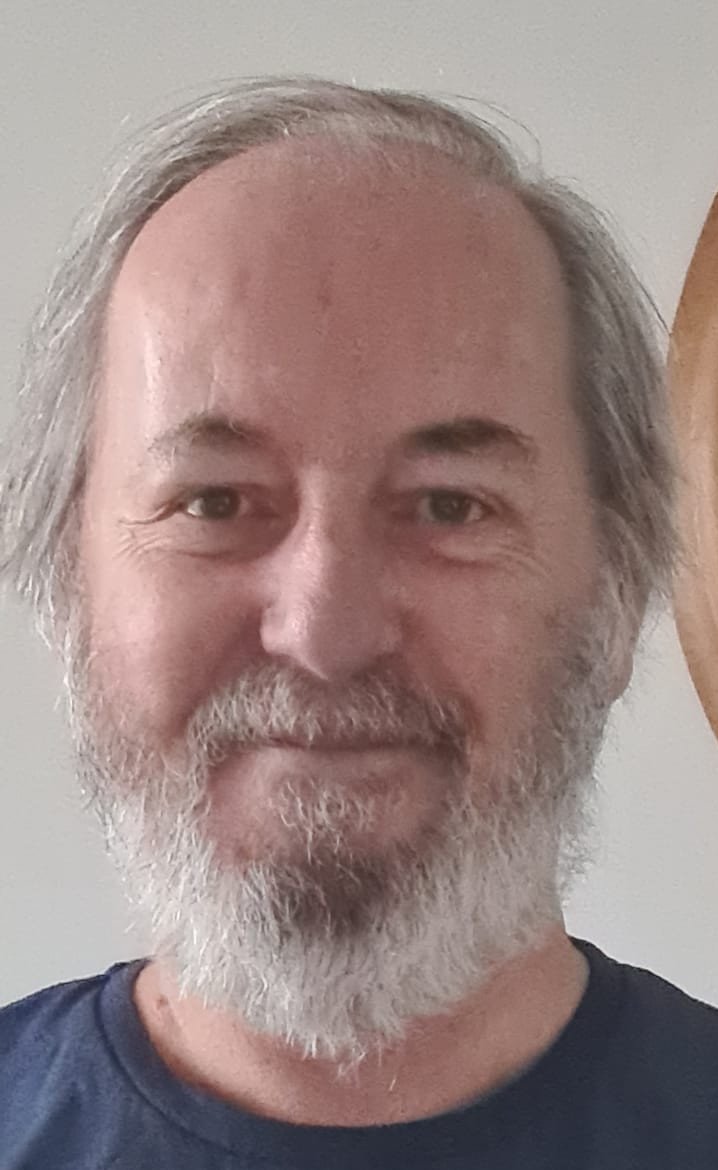 I began writing verse at the age of eight with a piece of derivative nonsense called ‘The Olde Oak Tree’. I thought poetry ought to be arcane, though I didn’t know the word at that time.

By 17 I’d had two poems published (in a school magazine). They were embarrassing but full of big words. By this time I thought poetry’s main function was to baffle the reader.

After a couple of attempts at the Great Welsh novel (both published but neither great) I returned to poetry. Now I used simple language and a mix of conventional forms and free verse (though, as T S Eliot remarked, no verse is genuinely free for the poet who cares). People liked them. I started to get published in a range of magazines and in 1995 my first collection ‘To Liu and all Mankind’ – a collaboration with artist and poet Alan Perry – appeared. Liu and all Mankind was a book based on a verse drama I wrote with Alan Perry. The play was called Occupied Territories and was the first drama staged in the Dylan Thomas Centre during Swansea’s Year of Literature festival in 1995.  ‘Mangoes on the Moon’ and ‘Swansea Poems‘ followed in the early 2000s. In 2009 ‘Simple Arithmetic’ was published to some acclaim.

Writing poetry is a strange business. You see things in terms of other things. Thus you try to metaphorically represent experience and emotion. If you try too hard it is perhaps ‘metaforcing’, if I may be forgiven the pun. Sometimes I hear a line in my head and I know I could try to build something round it to craft a poem. Craft is a dangerous word though, because if you’re too confident about your versification you can overlook what might be the poem’s essential emptiness, or lack of true emotional power. At other times a scene (a magpie chasing a cat, say) demands to be described, and somehow it transforms itself into a thought, and then what might be a poem. Most often a memory is the starting point. The poems in ‘The Two of Us‘ all emerged in this manner, and are probably all the better for it.

Currently I’m editing the final draft of a detective novel. I found it more difficult than I’d expected to write within the bounds of the genre but I’m very happy with the result. A new collection of poems? Who knows? If they come I will build them.